Attention to detail, fabric, and silhouette in HYKE's clothes are next to none. 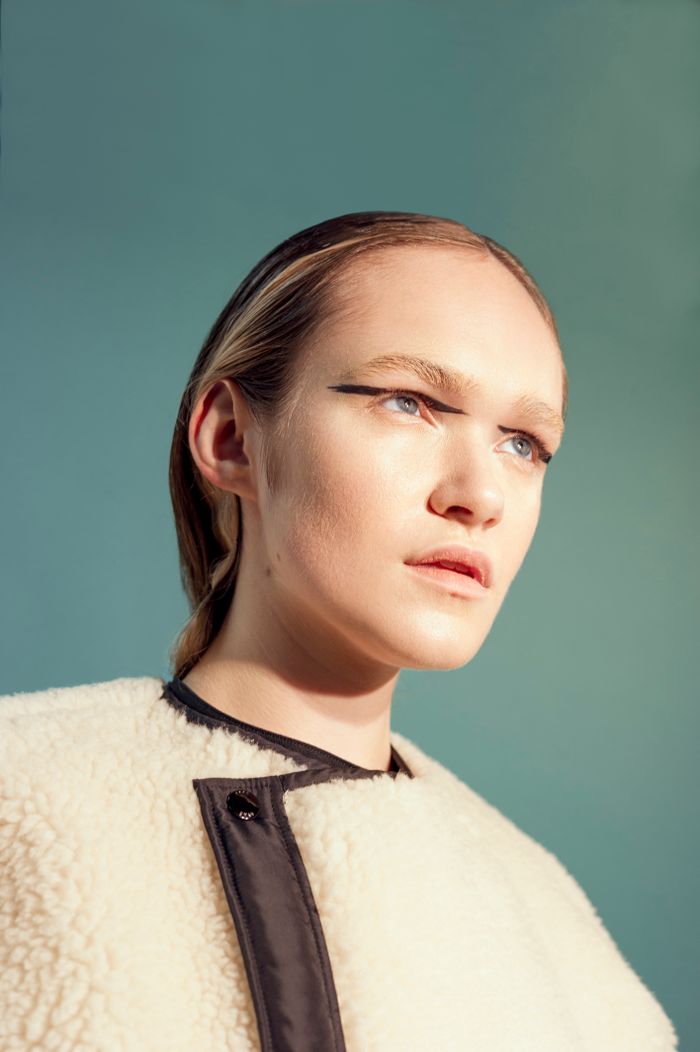 HYKE is a Japanese brand run by a husband and wife duo Hideaki Yoshihara and Yukiko Ode. Since its launch in 2013 the brand has acquired a cult following in Japan, where their clothes, as well as their ongoing collaborations with North Face, adidas, and Mackintosh routinely sell out, but is little known outside of it. We decided to right this wrong by bringing HYKE to ANT/DOTE - we are the exclusive stockist for the brand in the entire North American region. We were doubly excited, after Moncler's recent collaboration with the brand that will surely put it on the global map, to see that we are not the only ones who have been paying attention.

I discovered HYKE on my first trip to Tokyo in 2015, and I was impressed by the rigor with which the duo constructed the clothes. When I later learned that both designers have been trained in menswear, it made sense - after all, there is something absolutely modern in taking the menswear codes and applying them to womenswear, replacing the frou-frou with a certain practicality and matter-of-factness that goes to the core of design and dispenses with the superfluous. Which is not at all to say that HYKE's clothes are masculine - not in the least. Rather, their elegance is quiet and confident. Attention to detail, fabric, and silhouette in HYKE's clothes are next to none.

Yoshihara and Ode began their careers not in design but in retail. For nearly twenty years the couple ran a vintage clothing store in Tokyo's posh-but-edgy Daikanyama district. During this time they accumulated an extensive collection of vintage workwear, military gear, and sportswear. HYKE was born out of an idea of reinterpreting these clothes for the modern world. But reinterpretation does not mean copying - there are only distant echoes of vintage classics in HYKE's designs. Materials like military canvas are freely mixed with tech fabrics but also fine wools, and pleated skirts coexist with quilted liners and M-65 field jackets made newly elegant.

For this Fall / Winter 2021 collection HYKE continued to explore their obsession with reinterpreting vintage military and workwear styles, transforming them into modern womenswear. Some examples - a 1950's British Army Sniper Cape was transformed into an elegant asymmetric black wool version. A faux shearling coat was inspired by a US Army Medical Coat, and a khaki quilted liner (available at our store) was inspired by liners from M65 jackets. These references may not be apparent to the casual observer, but they imbue HYKE's clothes with that je ne sais quoi spirit that makes the clothes immediately attractive.

We caught up with Yoshihara and Ode to ask them six simple questions. Their answers are below. 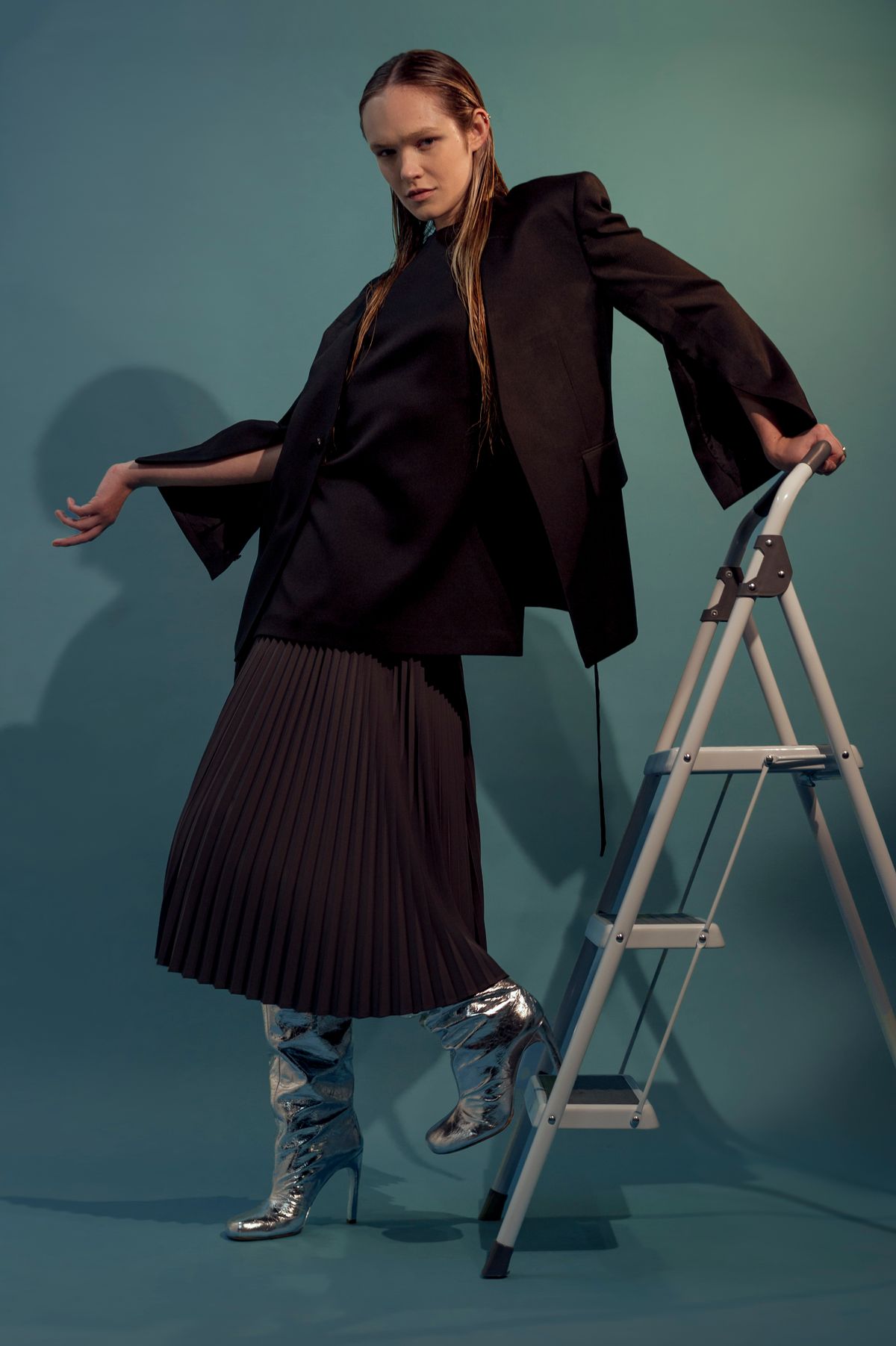 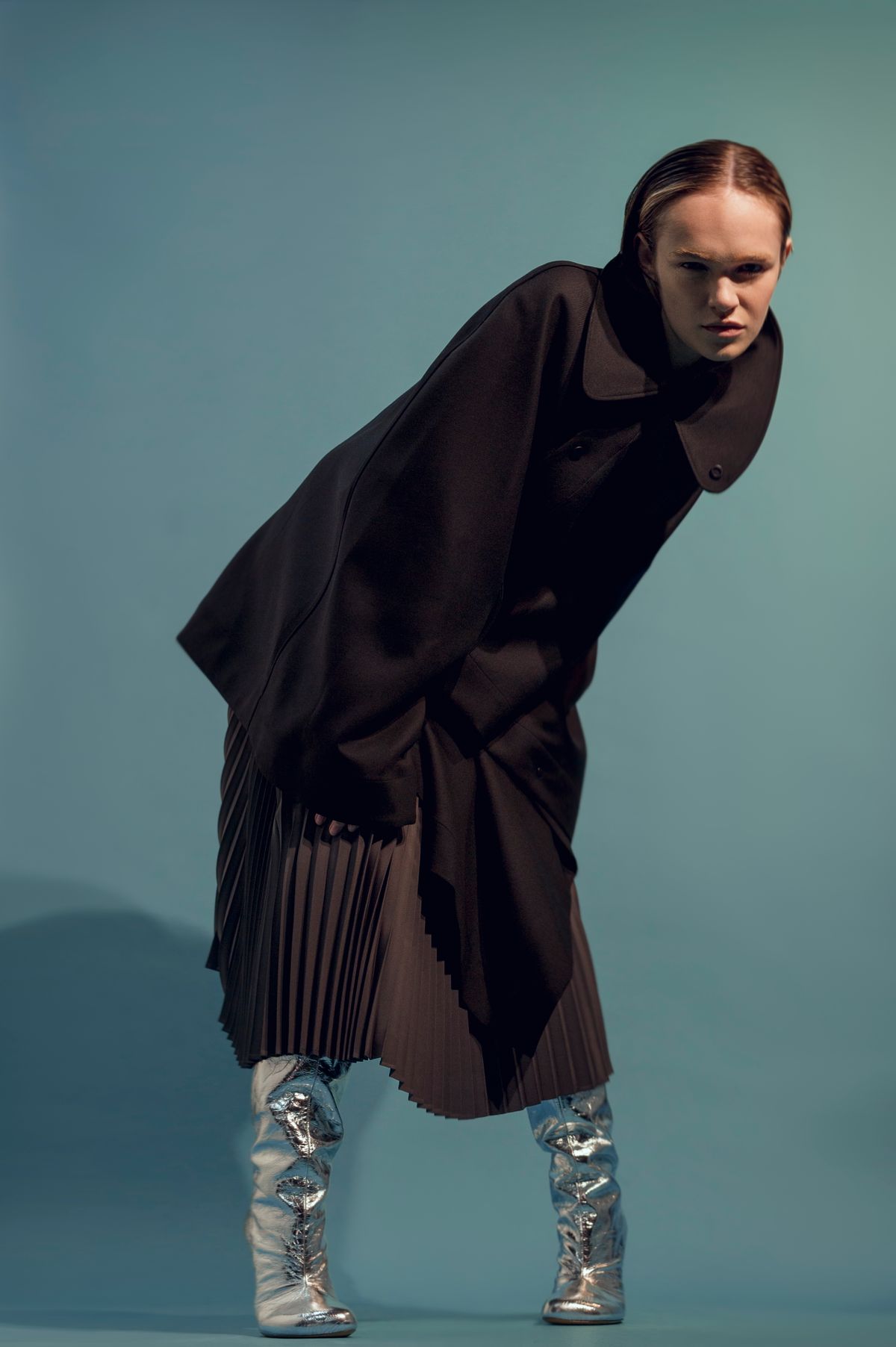 How did you decide to start HYKE?
In 1997 we first started a vintage shop called Bowles and we began collecting many vintage uniform and workwear items that we really loved. Rather than selling these items and parting with them, we decided to begin using these pieces as sources of inspiration to design our own collection, which we launched called GREEN. The collection continued to evolve and we presented our first runway show for Fall Winter 2005 in Tokyo but in 2009, we paused our collection to focus on raising our two children. In 2013 we started our line but decided to relaunch it under the new name HYKE.
Was there something that you felt missing in the world of fashion that you wanted to see?
Yoshihara: Yes, I felt that in both luxury (high) fashion and streetwear, there was something missing and we wanted to create something to fill that gap. Ode: As a designer, I always felt that womenswear was lacking in styles that I wanted to wear myself, and I could never find items that really integrated the best part of menswear detailing.
Can you describe the ethos of HYKE in your own words?
Heritage HYKE’s concept of Heritage and Evolution, comes from the exploration of archival garments of workwear, military wear and uniforms, often developed by anonymous designers which we have re-imagined. Utility We wanted to incorporate the utilitarian aspects of workwear and military wear designs to create a new and modern wardrobe through HYKE. Innovation We wanted to actively incorporate new fabrications and construction techniques to further evolve the designs of HYKE. 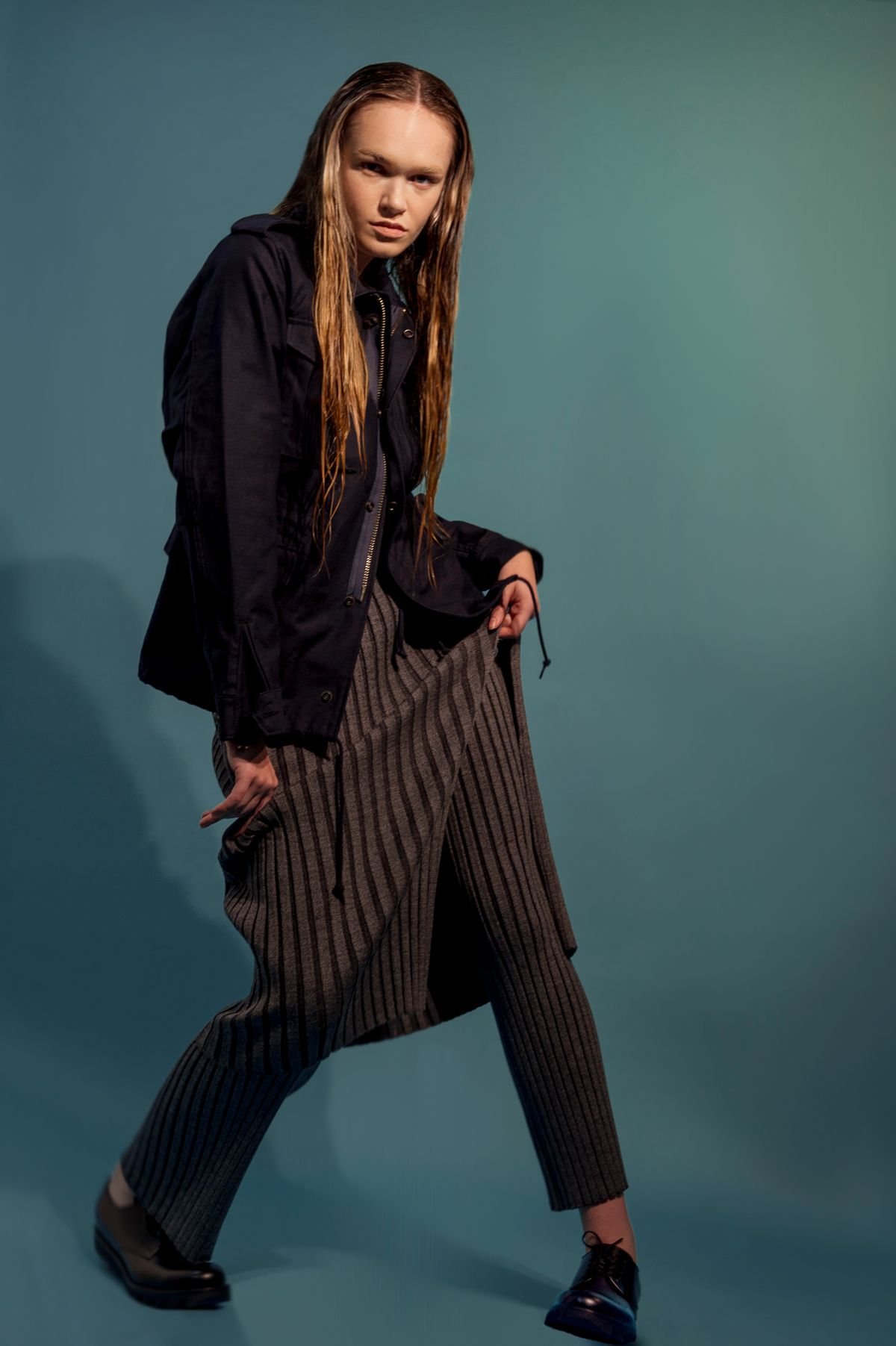 You both have affinity for menswear. How do you translate that into womenswear?
Yoshihara: When we design, we are not so focused on the idea of creating womenswear specifically. We start by developing designs inspired by some of the menswear vintage items but the final product is balanced to be the right proportion for women. It may be most similar to the idea of taking adult clothing and scaling it down for children, and the specific charm this can bring about. Ode: Since my teenage years, I have always been drawn to vintage menswear, and styling these often oversized items for myself has probably helped me develop a specific eye for how I design.
You recently collaborated with Moncler, and in Japan you regularly collaborate with North Face and adidas. How do you approach each collaboration?
When we collaborated with adidas, we wanted to focus on their sportswear production expertise and heritage of their brand to create something from a modern perspective. For The North Face, we were drawn to their innovations in functionality of outdoor performance gear and reinterpreted these through HYKE’s unique sensibility. Our participation in the Moncler Genius project was quite different from other collaborations. Usually when we have collaborated with other brands, the focus was always to have the individuality and strengths of both brands coming through. With Moncler Genius, in the context where Moncler asked 11 different brands to collaborate with them while being showcased side by side, we felt that the collaboration was about bringing HYKE’s distinctive point of view to the collection.
Is your work informed by other cultural disciplines, such as art, music, books? If so, could you tell us how and what are some of your favorite artists, musicians, authors?
We do not take specific inspirations from other cultural disciplines, but as we are seeing and experiencing things, these influences may subconsciously be filtering into our design process. For architecture and design we love Le Corbusier, Charlotte Perriand, Pierre Jeanneret, Eileen Gray, Jean Prouvé, Frank Lloyd Wright, Rudolph Schindler, Sori Yanagi, Junzo Yoshimura, and Junzo Sakakura. Photographers we love include Bernd and Hilla Becher and August Sander. Also equally or possibly greater is the influence we have from the many anonymous designers who have designed the workwear and military wear that we have been so attracted to. We also love the CORNING USN mug cup that we use daily for its specific milky glass color and texture. These types of designs where we may know the manufacturer of the product but not necessarily the name of the designer who developed the pieces, with a focus on the function and use of cutting edge technology are especially appealing to us.